The Movement Celebrates Its First Year With A Look Back 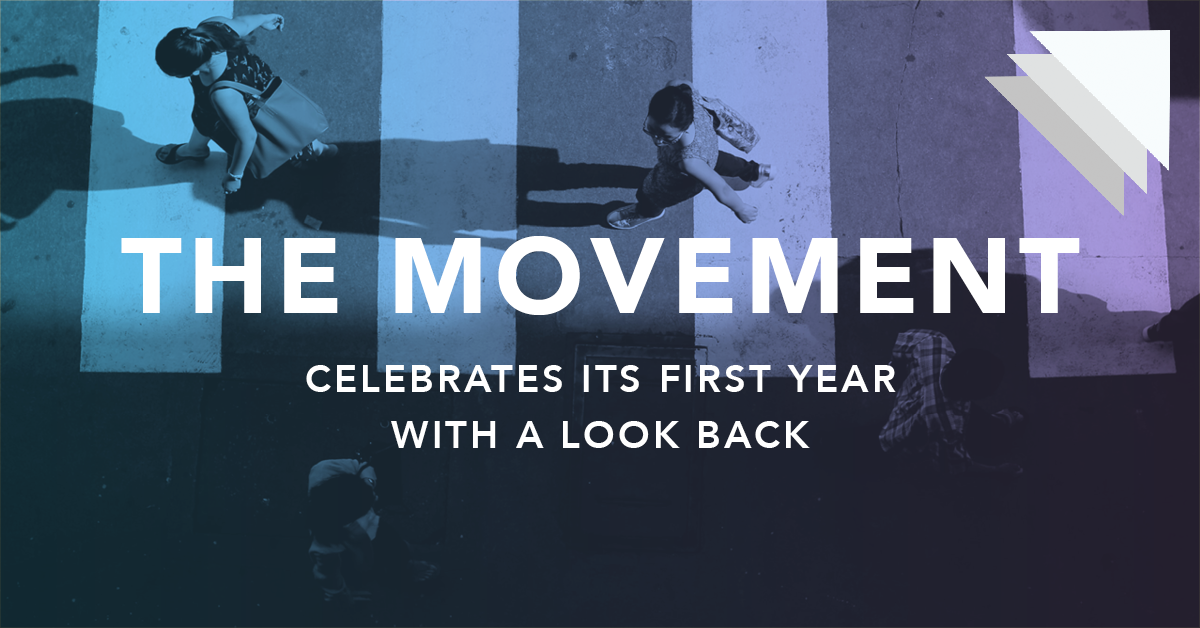 Well, we just hit a year’s worth of weekly episodes of The Movement Podcast. What a year. I’m so grateful for the things I’ve learned, the guests that have joined me, and the possibilities for the future.

In celebration of our first year, we released our most ambitious episode ever: “Building a Resilient City,” featuring conversations with leaders and advocates in Charlotte, North Carolina like Debra Franklin, Charlotte Area Transit System (CATS) bus operator and community advocate, Taiwo Jaiyeoba, City of Charlotte Assistant City Manager and Director of Planning, Shannon Binns, Founder and Executive Director of Sustain Charlotte, and Ron Tober, Former CATS CEO who helped implement Charlotte’s light rail. This was such a fun episode to make, because in addition to hearing directly from those on the ground in Charlotte reflecting on what’s gone well there and what still needs to be addressed, I was also able to include some of my own observations from my experience as a walker, cyclist, and transit rider.

As part of my reflection on the past year, I recently reached out to my guests to see what has changed since they have appeared as a guest. As is often the case at this time of year, lots of them have new jobs. While only one of them explicitly mentioned their appearance on The Movement Podcast as impetus for their new responsibilities, I’m going to assume that it didn’t hurt the rest.

Of the new job changes, several are worth noting. In the Bay Area, episode 20 guest Jeffrey Tumlin left his role as principal at Nelson\Nygaard in December to take over as the new director of transportation at the SFMTA and he jumped in with both feet. Perhaps in an effort to always keep The Movement Podcast guests on their payroll, shortly after Tumlin left, episode 34 guest Emily Castor Warren, formerly of Lyft and Lime, joined Nelson\Nygaard as a principal and director of policy.

Closer to home, episode 5 guest Mary-Ann Baldwin announced her candidacy for mayor of Raleigh shortly after her podcast appearance and was elected in late 2019. Mayor Baldwin and Raleigh’s new city council are aggressively pursuing a number of changes to make Raleigh more dense and affordable.

Several guests mentioned significant changes going on in their communities. Episode 15 guest Matt Brezina and his colleagues at People Protected are cheering San Francisco’s restriction of cars on Market Street, which has the potential to shape how current and future generations look at San Francisco’s streets.

Monica Tibbitts-Nutt, who shared her unique experience serving on the MBTA’s Fiscal Management and Control Board in episode 25, noted that the MBTA is implementing Commuter Rail Transformation & Bus Transformation teams to create a more holistic view of different modes, with some consulting assistance from episode 23 guest Christof Spieler.

Beth Osborne, the director of Transportation for America and episode 8 guest, created a stir by suggesting principles for a transportation reauthorization bill that did not simply ask for more money but instead focused on maintenance of existing infrastructure, safety, and connecting people to opportunity.

The past year has been a blast and I’m excited for the upcoming year. We’re going to continue to press forward towards our bold vision for the future with ambitious guests, inspiring conversations, and tactical change happening in our communities. And coming soon, a distillation of some of the lessons shared from my guests in a framework I’m calling “Leadership Upside Down.” I can’t wait to share it with you and see what we can do to bring about more change in our communities to make them more equitable, accessible, and verdant.