The intersection of transit and diversity 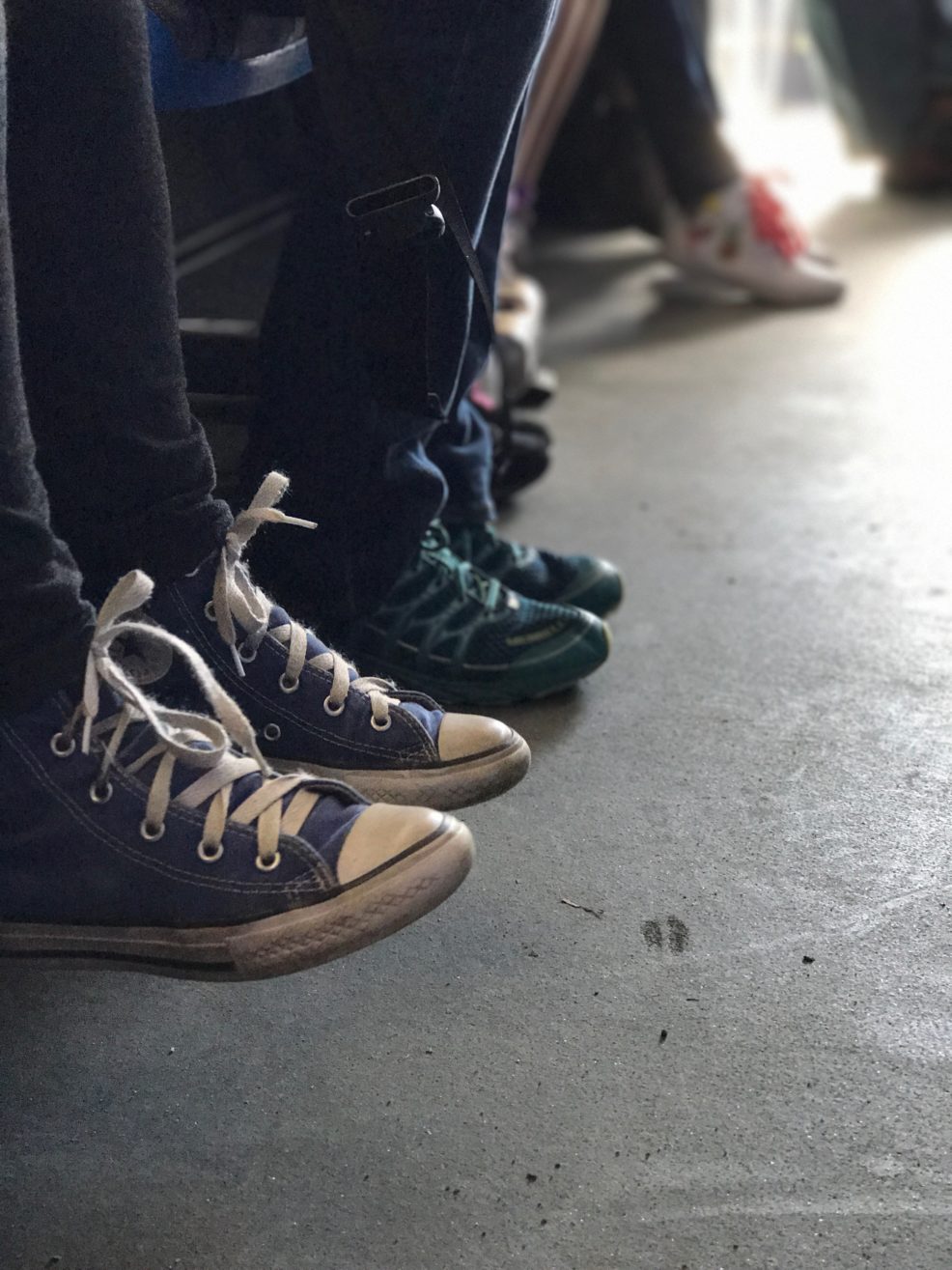 Earlier this month, I chaperoned my daughter’s third-grade class on a walking and public transit field trip to explore economic development in downtown Durham.  As a working parent, I don’t get to attend as many school day events as I would like.  But, beyond the obvious connection of this trip to my work in transit, this outing appealed to me for one important reason: it highlighted the innate inclusiveness and diversity embodied by public transportation. 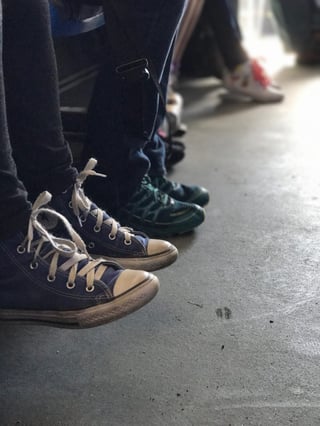 My daughter’s public school is roughly ⅓ white, ⅓ Hispanic, and ⅓ African-American.  Over half of the kids at school qualify for free and reduced lunch, indicating a larger issue of food insecurity for children in Durham. Her school truly reflects the diversity of the area. Our use of the fare-free Bull City Connector—and the ½ mile walk each way to the bus stop—ensured that the field trip came at no cost to these children, allowing all kids to participate, regardless of means. It also gave me an opportunity to blow the kids’ minds when I used TransLoc Rider to tell them exactly when the bus would arrive. I even managed to sneak in some learning by asking them to count to 120 until the bus that was 2 minutes away would arrive.

Beyond the introduction to public transit, the field trip was powerful in other ways. On the heels of February’s Black History Month, our tour guide, third-grade parent and former city councilman Farad Ali, showed the students Parrish Street, Durham’s famed Black Wall Street. Here, many of Durham’s minority-owned businesses sprouted in the early 20th century. In unique symmetry, with March being Women’s History Month, the class visited two woman-owned businesses now taking up residence on Parrish Street as it begins another transformation.

The week after the field trip, I found myself again at the intersection of diversity and transit at TransLoc’s office a few miles south of Parrish Street.  It was International Women’s Day and our CEO reflected on the impact that our women employees have on TransLoc:

I want to thank each and every one of you for all that you do here and everything you bring to TransLoc. We wouldn’t be where we are today, as special a place to work, nor would we reach the heights I know we’ll reach without you. You are truly valued and appreciated and I’m thankful for the opportunity to work with you all.

At TransLoc, we’re taking concrete steps to create a more diverse work environment by assigning indexed, market-based salaries for each role we hire for.  These indexed salaries eliminate the need for negotiation, which research indicates disproportionately benefits men.  As a result, we have increased racial and gender diversity to 49% of the company in 2016, up from 32% in 2015.  Our commitment to diversity at TransLoc serves multiple purposes. Sure, it’s a smart business decision, as non-homogenous teams are smarter. But, it’s also the right thing to do.

A letter from our CEO to the Women of TransLoc: I want to thank each and every one of you for all that you do here and everything you bring to TransLoc. We wouldn't be where we are today, as special a place to work, nor would we reach the heights I know we'll reach without you. You are truly valued and appreciated and I'm thankful for the opportunity to work with you all. #internationalwomensday

Our mission is that of seamless mobility: to create a world where all modes of transportation are fully connected into a single, integrated network with transit at the center. At the core of this mission is our belief that transit is an equalizer, a democratizing force, transit is for all—much the way it was during my daughter’s third-grade field trip.

Transit’s role in promoting diversity started way before TransLoc entered the scene a few years ago and it will continue long into the future. In the meantime, we are excited to do our part in helping to reinforce its importance on our way towards accomplishing our mission to create seamless mobility and make transit the first choice for all.