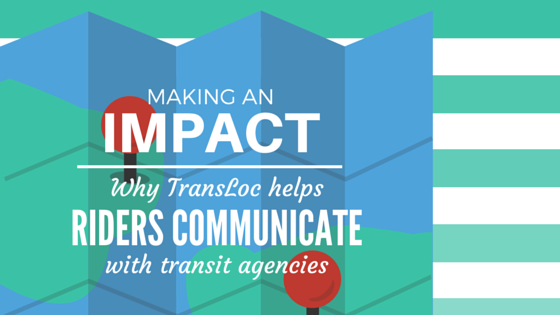 When I first joined TransLoc as an intern 9 years ago, I sat in an empty conference room and pounded out cold calls to every warm body I could find in the transit industry. I endured hang ups and it-can’t-be-dones. But I was fueled by the excitement that any day will be the day that the rest of the world “gets it.”

By the end of the summer, three additional early adopters joined our first customer, providing critical validation and funds for this bootstrapped company that was long on ambition and short on revenue. 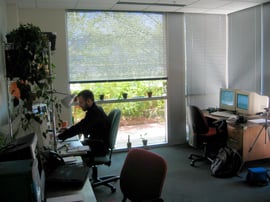 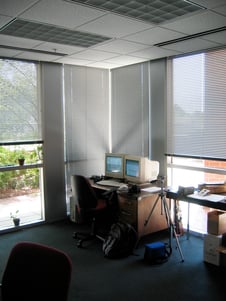 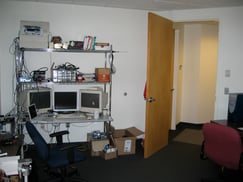 We were ambitious because we didn’t know any better. We wanted to have an impact on the millions of riders that depend on public transit daily—TransLoc was born out of a moment when our founders were waiting for the bus and it never arrived. After an hour cursing in the heat, they finally gave up to later find out that the bus wasn’t running due to Labor Day. There had to be a better way.

Over the last 9 years, we have created a better way. Those initial four early adopters welcomed over 125 more universities, transit agencies, corporations, hospitals, and airports to follow their lead. Hundreds of millions of times, riders have avoided that horrible feeling in the pit of their stomach: “Did I just miss my bus?”

But what now? When you can summon an Uber in the blink of an eye and see its progress to your location, why do we work the hours that we do?

The reason now is the same as the reason then.  Impact.

TransLoc’s mission is to take mass transit from last resort for some to first choice for all.  To accomplish something this audacious, we have to do it differently than everyone else. That’s okay. We’ve done it before and we’re doing it again.

TransLoc is working to revolutionize public transit so that taking the bus is just as convenient as Uber and Lyft and much more cost-effective. As our CEO Doug Kaufman has said before,

“Uber has shown that riders now expect services built around them. What we’re building shifts mass transit to a rider-focused model. Agencies will have the tools and data needed to tailor services to the changing needs of their community while still fulfilling transit’s critical role in society.”

And that’s where we’ll make the next impact. Helping transit riders communicate with transit agencies in unprecedented ways. Transit agencies making better informed decisions based on real data on how riders use their system.

It’s that simple. Working together with transit agencies and riders to create transit that better meets the needs of everyone.  And we can’t wait to tell everyone about it.