How Will People Move in Five Years? Part I: Trends Affecting Public Transit 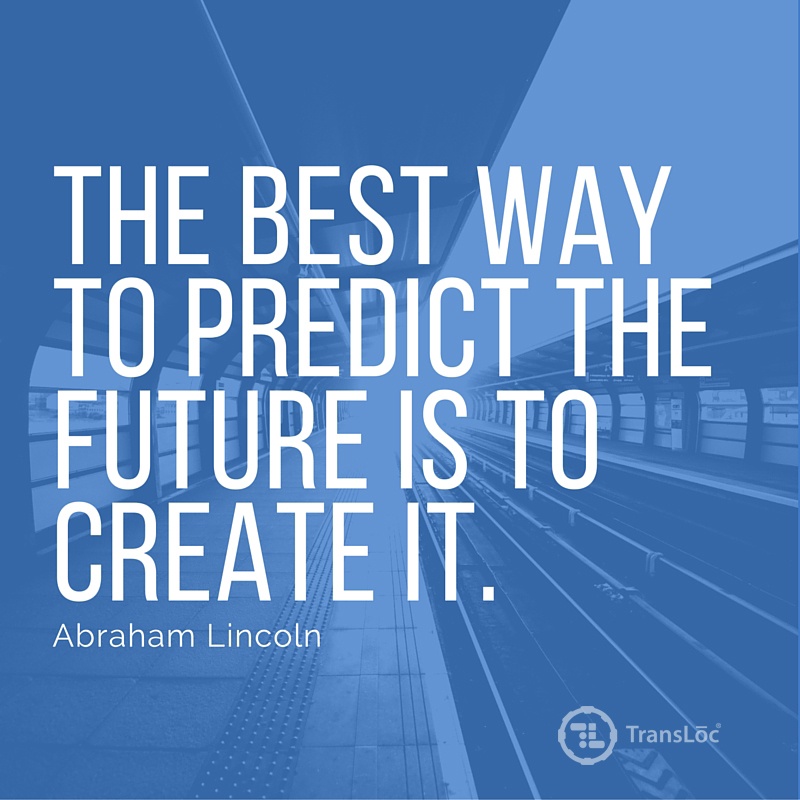 In early October, I had the pleasure of talking about how people will move in five years at the American Public Transportation Association’s annual meeting. Here at TransLoc, we’re passionate about solving the biggest problems plaguing the public transit industry and as such, I’m taking the liberty of extending this passion beyond the original presentation (which you can watch at the above link) and into a series of 4 blog posts.

The world was a very different place five years ago. Not the most earth-shattering of statements, I’m aware, but an important realization nonetheless. Nowhere can the changes of the past five years be felt more than in the world of public transit.

To fully understand these changes, we have to look at some important trends. First up, smartphones.

As the chart posits, American smartphone ownership is growing rapidly. Within the next five years, we’ll see nearly 100% of American adults owning a smartphone. Further, the current ownership of smartphones skews younger, as 85% of Millennials (ages 18-29) own a smartphone (vs 64% of the entire adult population). In other words, the next generation of transit riders are heavily invested in the usage of their smartphones.

Speaking of being invested in smartphone usage, a full 40% of smartphone users leverage their device to get information about government goods and services (such as transit, as an example).

As you can see, people of all ages use their smartphone to find a good way to get somewhere (we’ll just call this “obvious foreshadowing”). Not only that, but, as with smartphone ownership, this type of usage skews toward the younger generation.

We often think of smartphones as a luxury of the affluent. But the numbers suggest otherwise. If you’re trying to serve individuals with lower incomes (as you’re attempting to meet Title VI requirements for example), you should be offering an option for individuals to use their smartphone to navigate the transit system. A full 13% of Americans with an annual household income (AHI) of below $30,000 are “smartphone dependent” as opposed to 1% of Americans with AHI above $75,000. This means that for 13% of lower-income Americans, their smartphone is their primary way to access the Internet. To put it bluntly, if you’re trying to keep your system in line with Title VI and you don’t have a smartphone option, you’re doing it wrong.

So, just to recap:

The second trend we’ll look at is the growth of multimodal transit in the United States. A 2013 American Public Transportation Association report had the following to say about multimodality and millennials:

“Millennials are multimodal. They choose the best transportation mode (driving, transit, bike, or walk) based on the trip they are planning to take.”

Nothing brings to light the state of US multimodal transit quite like the above quote. To take this a step further, let’s examine one multimodal transit option: demand-response (D-R) transit. As a start, let’s focus on the 800 pound gorilla in the D-R transit world: Uber.

Think about that. In five years, Uber has gone from nonexistent (Uber was founded in summer 2010) to a massive company and incredible provider of transit worldwide.

Obviously Uber is an amazing company with super-smart people. I would argue, however, that their success was predicated on the above trends we’ve already considered: an increase in smartphone ownership (allowing people to schedule rides directly from an app) and the shift toward multimodal transit (Uber did not invent demand-response transit, they made it simpler and easier than any other option prior).

So that was quite a bit of facts and figures, and we’ve set the foundation for the next five years. Even more importantly, we’ve added a few items to our “obvious foreshadowing” bucket. Next, we’ll explore how we can leverage this information to uplift public transit as an option for all.

Come back next week to read Part II in the series.